An article that ran in the Republican-American early February was picked up by the Associated Press and spread far beyond Connecticut. It briefly tells the story of a modest CCS admirer who left a large bequest to the school. This incredible gift helps provide an answer to the school’s longterm viability and inspires the upcoming launch of a legacy society for the school.

Former Taft teacher leaves most of estate to Waterbury school

BY MARTHA SHANAHAN REPUBLICAN-AMERICAN
WATERBURY – A popular teacher and coach at the Taft School for decades left the bulk of his
estate to the nonprofit Children’s Community School, giving the school its largest single donation
– more than $500,000 – as it expands to add several grade levels and considers a possible
move.
Before Richard Cobb died in January 2019, he lived in an apartment in Woodbury just a few miles
from the Taft School’s Watertown campus. He had no children and had retired from the private
boarding school in 2013 after 40 years of teaching, advising and coaching multiple sports.
“He lived very frugally,” said Lynn Curless, the director of development at the Children’s Community School.

As part of Taft’s community service program, he regularly brought students to volunteer at CCS, the nonprofit, coeducational school that caters to low-income families in the former Sacred Heart High School building on Waterbury’s Wolcott Street.

After he retired from Taft, Cobb continued to donate money, including part of a family trust, to CCS without asking for any recognition for his help, Curless said.  “He just started sending us large checks every year,” she said. The donation will help CCS plan for a period of financial uncertainty, Curless said. The school is expanding, adding a sixth, seventh and eighth grade after more than 50 years as an elementary school. Its lease with Archdiocese of Hartford will expire soon, and the school will have to either buy the building or move to a new one.

Curless didn’t specify the amount of the gift, but said it made up the bulk of the money Cobb gave away in his will and exceeded $500,000. CCS leaders were made aware of the gift after Cobb died last year, but only recently became aware of the full size of the donation. “We’re just incredibly grateful for his generosity and his ability to identify us as a place of need,” said Jeffrey Martin, who started as the director of CCS in July. “Clearly in his mind he viewed us
as good stewards of what he was leaving behind.”

The school will honor Cobb at an art show and wine tasting fundraiser Feb. 21 at the Taft School. Taft headmaster Willy MacMullen said the gift squares with Cobb’s reputation. “Dick was one of the greatest teachers Taft has ever known, revered for his ability to inspire students in his Latin class and girls’ on the varsity basketball court,” MacMullen wrote in an email. “He also was a source of rare wisdom and compassion, shared with so many students and colleagues in his four decades of service to Taft. He was tough and demanding, but he had a huge heart, and it is not a surprise at all to hear that he supported causes like the CCS.”

The Children’s Community School board’s finance committee is developing a plan for how to use the money, Curless said. The school announced last year that it would expand to add middle school grades, enrolling its first sixth-grade class this year. A seventh grade class will be added this fall and eighth grade in 2021.

Cobb’s gift won’t ensure the future of the school forever, Curless said. The school, which charges a relatively low tuition has long relied on private fundraising and grants from individuals and organizations, including the Connecticut Community Foundation, and will still need donations of all sizes to finance its growth. “We depend on many many supporters to keep the school running,” she said.

Curless said Cobb never let on that he was planning to leave such a large chunk of his estate to the school. At a coffee meeting shortly before he died, he was coy about his plans. “I told him, ‘we’ve got some really big things coming up on our plate,’” she said. “He said, ‘well, let me know.’ ”

“He just thought it was a great model for education, and particularly liked what we were doing here,” she added. “Education was always extremely important to him … and he liked the fact that we were able to do what we could do here with very little and still have terrific results.” 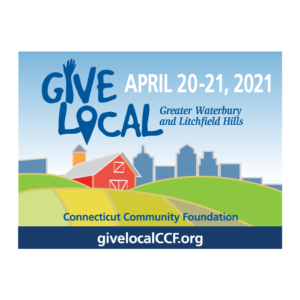